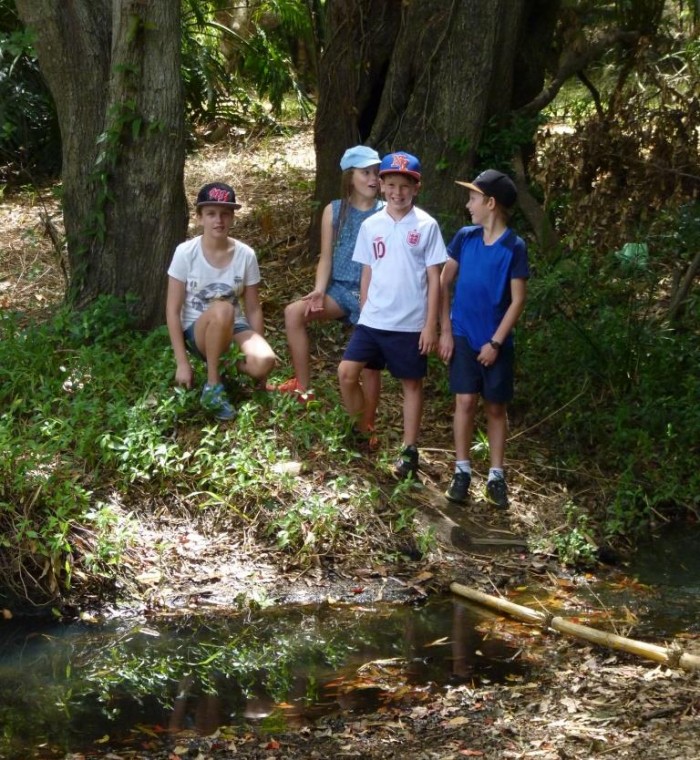 All Children Need Nature – Questions on Equity and Capacity

The below piece is taken in full from Children and Nature Network, written by Richard Louv.

All children need nature. Not just the ones with parents who appreciate nature. Not only those of a certain economic class or culture or gender or sexual identity or set of abilities. Every child.

If a child never sees the stars, never has meaningful encounters with other species, never experiences the richness of nature, what happens to that child?

In economically challenged neighborhoods, towns and rural areas, the impact of toxic dumps is well known. The evidence makes it clear that when we poison nature, we poison ourselves. But there’s a second, related threat that is less familiar. What do we know about how human beings, particularly children and their families in poor communities, are affected by the absence of nature’s intrinsic benefits?

Research suggests that exposure to the natural world – including nearby nature in cities – helps improve human health, well-being, and intellectual capacity in ways that science is only recently beginning to understand. People need nature for healthy development. We know that.

What we don’t know enough about is the natural capacity of different ethnic or economic communities.

In The Nature Principle, I introduced the term “natural cultural capacity” to describe the strengths and capacities of different cultures to connect with nature, often in unexpected and underreported ways. The new growth of urban immigrant agriculture comes to mind – Somali community gardens in inner-city San Diego, for example; also, how Latino families often use parks as places for family gatherings, and the long-neglected history of African-American environmentalism.

Some good work has been done in these arenas (Audubon’s study on Latino attitudes, for example), but we need a much deeper understanding of both equity and capacity.

Here are 12 questions to explore:

1. How do different minority or ethnic communities — urban, suburban or rural — connect to nature? What tools and traditions do these communities practice that could be encouraged – and adopted by other groups?
2. According to grandparents in minority or ethnic communities, what tools and traditions faded or were lost, but could be revived?
3. What barriers to nature experience are specific to children and young people with disabilities? Also, what nature-oriented abilities and capacities could be adapted to other communities?
4. What role do urban, suburban and rural neighborhoods play in the political support for parks and open space?
5. What is the comparative availability of nearby nature (especially natural parks) based not only on acreage, but also on such issues as crime, legal restrictions, and the quality of the built environment?
6. Which institutions and organizations do the best job reaching underserved populations; what new approaches are emerging, and where (the role of libraries, for example)?
7. How likely is it for teachers or parents to take children to nearby nature or wilderness to learn and explore? And who gets to go to camp?
8. What role does prejudice — based on race, ethnicity, sexual orientation or disability — play in the nature experience?
9. What is, or will be, the impact of the widening income gap on the nature experiences of children?
10. How will current or future cuts in education, nature-based programs and parks impact different socio-economic levels?
11. In urban, suburban and rural areas, what is the impact of repeated nature experience on developmental advantages, confidence, resilience and health benefits – and how aware are residents of the benefits?
12. In these communities, do people believe that nature experiences – the availability of them — should be considered a privilege or a human right?

Many other questions should be asked about equity and capacity. But this truth is clear: Every child needs nature.

For more on natural cultural capacity and diversity, please see:

The Fierce Urgency of Nature: A New Generation Works for the Human Right to Connect with the Natural World
New International Attention to the Forgotten Human Right
My Feet, Six Inches From the Ground: Disability, Kids and Our Connection with Nature
What a Leader Looks Like
How City Kids Will Save the Planet
All Children Need Nature Worldwide: Three Major Advances at IUCN World Congress
The Wild: An African American Environmentalist Faces Her Fear
Saving the Fields of Dreams
A Tree Grows in South Central
Occupy Nature

Richard Louv is co-founder and chairman emeritus of The Children & Nature Network, and author of “Last Child in the Woods: Saving Our Children from Nature-Deficit Disorder” and “The Nature Principle: Reconnecting With Nature in a Virtual World.” Follow Richard Louv on Facebook and @RichLouv on Twitter. This essay was first published January 26, 2012.