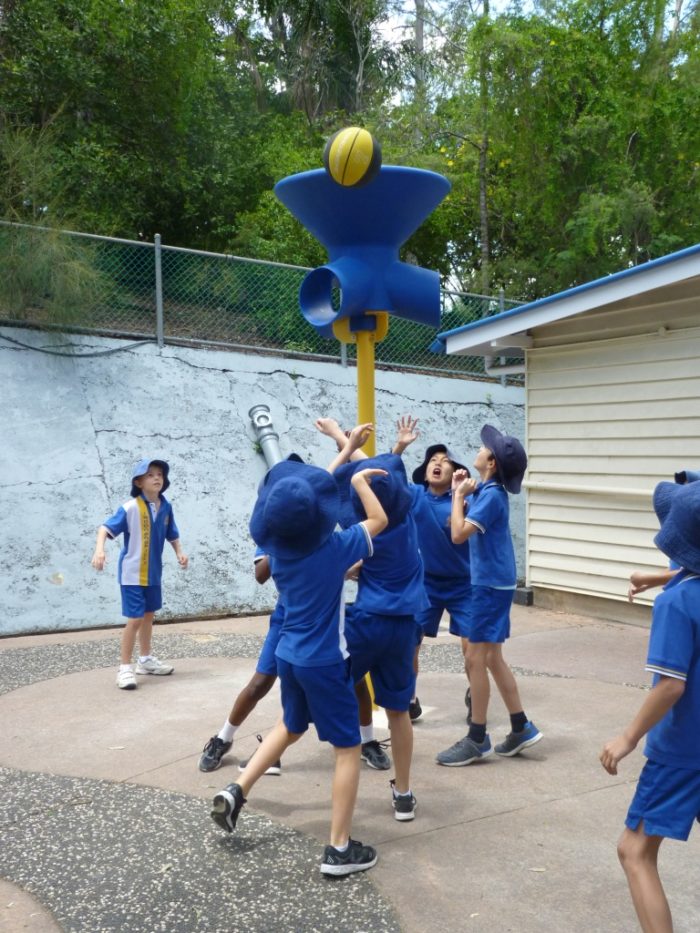 Who would have thought that a single, rather simplistic piece of play equipment could have quite so many benefits!  Not only does it complement the playground area we had worked on earlier in the year, it activates a previously dead space and promotes inclusion.

The Drop Shot has a wide opening that requires less “skill” for getting the ball in, but then the unpredictability starts as players guess and prepare themselves for which exit point the ball will come from.  Action and fun – and even maths, as the Drop Shot can be used to demonstrate mathematic probability in an outdoor learning environment.

From the Playground Committee who have been working so hard to improve the play offering at the school “it is much bigger and better than I expected and a great addition, especially for the active males!”

We have to be pleased with that!!